Dizziness when turning head and how to deal with it

How to get rid of dizziness 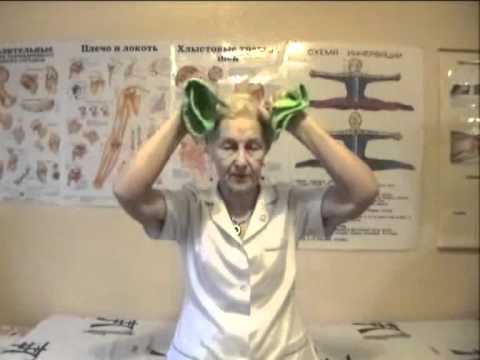 Dizziness during menses: causes and treatment

Home / Dizziness - Headache. Causes, symptoms and treatment. / Dizziness in the morning, and after sleep: the causes of the disease

Dizziness in the morning, and after sleep: the causes of the disease

Dizziness after heavy physical or mental work is often not a cause of fear, as it is a physiological reaction of the organism to stress. But that's what it means when there is a giddiness in the morning after sleep? It would seem that people, on the contrary, should feel rested and full of energy. This symptom always raises suspicion, and no wonder, because the evidence of pathological processes in the body. In this article, we examine what diseases and pathological conditions are often accompanied by dizziness in the morning, and after sleep.

Video transmission about the types of dizziness:

This is the most common type of true

Osteochondrosis of the cervical spine

Probably, many patients who suffer from degenerative disc disease and its consequences in the cervical spine have not once felt like they dizzy. Must have happened quite often in the morning after sleep. To understand why, you first need to remember why dizziness is an integral companion of diseases of the cervical spine.

Krovoobraschenie posterior third of the cerebrum, cerebellum, and the centers of balance and coordination is carried out by the vertebral artery, which goes from the subclavian, and passes into the cavity of the cranium through the channel formed by the holes in the transverse processes of the cervical vertebrae. Accordingly, if disrupted the normal structure of the cervical vertebrae and their location, and this can be seen in degenerative and dystrophic changes of the spine (osteophytes, subluxation, herniated disc, etc.), the vertebral artery is pinched, bent, the intensity of blood flow is changing. Thus, the brain does not receive the necessary portions of oxygen and nutrients, leading to

Orthostatic hypotension is a sharp drop in blood pressure during the transition from horizontal to vertical, which most often occurs in the morning after sleep. In some cases, people can even faint, in such cases, we are talking about orthostatic collapse.

Immediately I must say that it is not a disease but a characteristic of the body in which the cardiovascular system is not as responsive to changes in body position as the rest of them. The fact is that when a person is in a horizontal position, and in particular during sleep, reduced heart rate and pressure in the blood vessels. After changing the position of the body inmost people the number of cuts and the blood pressure rises instantly, and some of it is going on for some time (a few seconds-a minute).

Therefore, if a man abruptly rise from bed after sleep, he develops temporary lack of cerebral circulation and related symptoms.

Most often this condition occurs in adolescents during the period of active growth, as well as in patients with

To diagnose orthostatic hypotension orthostatic test helps. The patient determines the frequency of pulse fluctuations and measure blood pressure in a lying position. Then the man gets up, and repeat the measurement, and then measure again in the supine position. In Norma there are no subjective pathological experiences, and the difference of pulse in lying and standing position does not exceed 20 beats per minute, the pressure is not more than 10 mm Hg. article (equal for systolic). If changes go beyond that and the patient feels dizziness when changing position, then we can talk about orthostatic hypotension.

Thus, dizziness in the morning, and after a dream may indicate as serious and life-threatening disease and on the individual characteristics of the organism. But in any case, this symptom should not be left without medical attention.