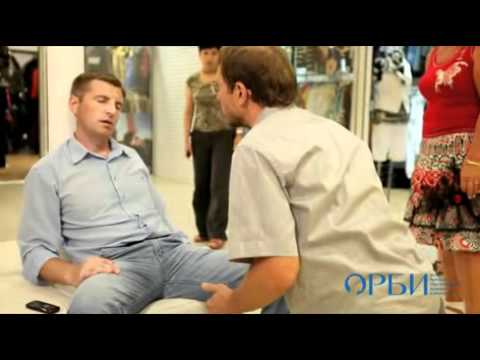 Transient ischemic attack (TIA) is one of the varieties of acute circulatory disorders in the brain tissue, which appears cerebral and focal signs of brain damage and lasts from a few minutes up to 24 hours. If the symptoms persist for more than a specified time, such a state should be regarded already as

Causes and risk factors of TIA

The essence of the disease

There are several mechanisms of development of acute disorders of cerebral circulation and in particular TIA. But the most common is the following.

And microemboli of atheromatous masses that form in the carotid and vertebral arteries (they are the result of disintegration of atherosclerotic plaques) blood can move into the blood vessels of smaller caliber where and cause clogging of the arteries. Most often suffer the ultimate cortical branches of the arterial vessels. In addition to the overlap of the lumen of the artery, they cause irritation and spasm of the vascular walls. Since themselves such masses can rarely cause complete cessation of blood circulation distal to the site of localization, the second mechanism plays a major role in the development of symptoms of TIA.

These platelet and atheromatous mass in its structure, are very soft and will quickly succumb to dissolution. After that spasm of the artery is eliminated and the blood flow in this area of the brain normalizerbase. All the symptoms are. Also, these microemboli can have a cardiogenic origin or be a consequence of the problems in the coagulation of blood.

The process itself lasts only a few seconds or minutes, but pathological symptoms sometimes last up to 24 hours. This is due to the edema of the vascular wall due to its irritation, which takes place for several hours after the acute period.

But, unfortunately, not always the development of the disease is favorable. If the dissolution of blood clots and vascular spasm persists independently for 4-7 minutes, but in neurons, which are in conditions of hypoxia, irreversible changes, and they die. Developing a stroke. But, fortunately, these strokes have a relatively favorable prognosis, as never extensive.

The symptoms of TIA

Symptoms of TIA depend on the localization of atherosclerotic plaques in the carotid or vertebral-basilar vascular bed.

TIAS in the vertebral-basilar vascular pool

This TIA are common and constitute up to 70% carryover of ischemicattacks.

The symptoms of TIA:

TIA in the carotid vascular pool

Appears mainly focal neurological symptoms, most often it is sensory disorders. Sometimes the symptoms are so minimal that the patient doesn't even understand what his body is something wrong.

The symptoms of TIA:

The duration and reversibility of symptoms of TIA different from a few seconds up to 24 hours. But, nevertheless, the exact diagnosis can only be made after some time. The fact is that with TIA according to additional research methods (MRI and CT), no pathological foci were found. If this happens then we should talk about stroke even in the case where all signs disappeared during the first days after onset. In medicine there is a special term for this type of violation of blood circulation in brain tissue – a “small stroke”.

Video transmission and signs of a stroke:

Depending on the dynamics of the disease distinguish 3 severity of transient ischemic attack:

Depending on the frequency of attacks are distinguished:

Diagnosis of transient ischemic attack presents some difficulties. First, it is not always people pay attention to the symptoms of the disorders, considering them to be normal. Second, the differential diagnosis between ischemic stroke and TIA in the early hours is a very big difficulties, because the symptoms are very similar, and imaging may not yet be changes, as a rule, when a stroke they are clearly visible only in 2-3 days from the development of pathology.